Lots of Celtic supporters have been talking about an update regarding Gordon Strachan that emerged on social media.

The Scottish Sun recently published a report about Strachan, saying that he is set to be offered a senior role at Celtic. Dermot Desmond has admiration for Strachan and the Scotsman could lead to a return to the club for the former manager as technical director.

Should Celtic bring Strachan back? 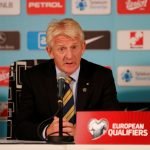 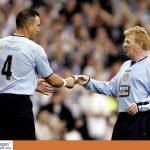 Fergal Harkin turned down a move to Celtic and Strachan could look after the club’s transfers like Harkin was expected to. Strachan is currently working as a technical director at Dundee.

This news about Strachan was relayed on Twitter by The Scottish Sun. Many Celtic fans made their views clear about it.

What did Celtic fans make of the news about Strachan?

“Love Gordon Strachan but if @CelticFC are lining him up as a DoF or summit similar then Peter Lawwell wasn’t the only problem in the boardroom.”

“Ange should just quit and walk away. Celtic used to be the Whites and the Kelly’s, now it’s the Desmonds, Lawwells and the Strachans.”

“So, so predictable. No attempts to move this club forward and now we’ll have Gordon Strachan in the most important job at the club while John Kennedy and Gavin Strachan keep their roles. Have fun next season lads!“

“Good manager for Celtic, speaks well about us but this cannot happen, the end.”
Credit: @PodTims
“Joke @CelticFC.”

Strachan has been Dundee’s technical director since the summer of 2019, which shows that he’s well experienced in a role upstairs.

He also has the experience of managing Celtic for close to four years, which shows that he knows the club and understands what it takes to be part of the team. The fact that he’s managed the likes of Southampton and Middlesbrough shows that he has a fair idea of the English game too.

So largely because of the fact that he knows Celtic, Scottish football and English football, this may be a smart move from the Hoops.

In other news: “Would jump at the chance to go to Celtic” – Exclusive: Pundit drops transfer claim on 29 y/o