Many Celtic supporters have been discussing the club’s links with a move for Brazilian star Rafael Santos Borre.

Football Insider has recently reported about Celtic’s interest in signing Santos Borre, claiming that both Old Firm clubs are set to go head-to-head in a race for the River Plate striker this summer. 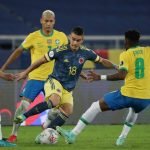 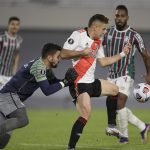 Celtic are reported to have registered their interest in the 25-year-old already and while his current club value him at £15million right now, the Colombian would be available on a free transfer from the beginning of July.

Borre’s contract demands are reportedly going to prove crucial in whether Celtic or Rangers end up signing him or not, as the player is also on the radar of some other sides.

This news drew the attention of many Celtic fans, who made their opinions clear about the striker.

What do Celtic fans make of the news about Santos Borre?

“Really…. would be a great player for us”

Credit: @jay1888kay
“I’ve signed this guy for us about 600 times on @FootballManager, thank you for making my dreams come true @CelticFC”
@seanmarkus_67
“No harm but LG is being giving a new contract in coming days but handy to have extra strikers either.”

Some of these Celtic fans can’t believe that the Hoops can sign Santos Borre, with some of them making it clear that this is only a rumour and not getting their hopes up just yet.

25-year-old Santos Borre has played 149 times in all competitions for River and he has found the back of the net 56 times while getting 18 assists as well (as per Transfermarkt). He has made five appearances for the Colombian national team.

It clearly shows that he’s a quality goalscorer and contributes to goals regularly. Celtic could lose Odsonne Edouard and Leigh Griffiths this summer, so they’d need more strikers if either scenario comes to pass. If the club can afford Santos Borre’s wages, signing him may be a good idea.