Multiple Celtic supporters have been discussing the club’s links with a move for Rui Faria.

The Daily Record have recently reported about Celtic’s managerial situation, saying that Faria has emerged as a potential alternative to Ange Postecoglou after the Portuguese’s agents held tentative talks with the Parkhead-based club.

Is there a chance of Celtic hiring Rui Faria? 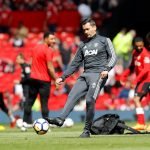 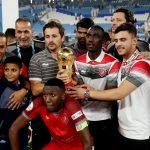 Faria is a free agent currently and he is keen to take over at Celtic, but the Hoops are confident of signing Postecoglou as their next manager. Faria was Jose Mourinho’s number two for about two decades and he was his assistant even when Mourinho’s Porto beat Celtic in the UEFA Cup final of 2003.

This update was relayed on Twitter by the Daily Record. Many Celtic supporters made their opinion clear about this news.

What did Celtic fans make of the news about Rui Faria?

“Just admit you don’t have a clue.”

“Can we just admit we don’t have a clue and will put a new name up every couple of days to keep people clicking? Cheers.”

“We are not Chelsea FC.”

“We are absolutely scrambling man.”

Most recently, Faria was managing Al-Duhail in Qatar and he picked up a points per match tally of an impressive 2.0 at the club, while managing 27 matches. He left the Qatari club due to personal reasons, after having won a cup with them.

Having said that, Postecoglou has won multiple trophies in his managerial career, having also managed in World Cups. So even though Faria and the Australian haven’t managed a club in Europe, Postecoglou’s experience should be enough to sway the Bhoys.

In other news: ‘At last a bit of good news’, ‘Won’t be missed’ – Many Celtic fans react as rumour emerges