Many Celtic supporters have been talking about the club’s links with a move for defender Ko Itakura.

The Daily Record has reported about Celtic’s interest in signing Manchester City’s Itakura, claiming that the defender is high up on the list of targets that Ange Postecoglou wants.

The Australian knows the 24-year-old through his links with his former club, Yokohama F Marinos, who are part of the City Football Group. The Japanese had a loan spell at Dutch side FC Groningen recently and he’s returning to Man City soon. 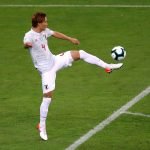 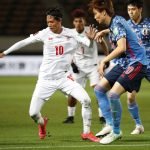 Itakura can also play as a holding midfielder and Postecoglou is reportedly eyeing him, despite the Daily Record also claiming that Celtic are close to signing Mario Vuskovic from Hajduk Split.

These links with the centre-back drew the attention of many Celtic fans, who made their opinions clear about this.

What did Celtic fans make of the links with Itakura?

“Tapping into the Asian market AND the Man City academy? We’re definitely signing this guy.”

“This boy’s the real deal btw, big Ange work your magic.”
Credit: @TimeforTayIor
“This boy’s a player not sure how much truth is in this though.”

“Never heard of the guy but last CB from Groningen was class.“
Credit: @DanielL03680036
“I mean look what happened to the last centre-back we got from Groningen.”
Credit: @15_rilky1887
“Ticks all the Celtic boxes.”

These Celtic fans seem optimistic about this and they also seem to like Itakura as a player. Some would want the player at Parkhead.

He now has experience of playing in Europe, which could come in handy at Celtic. In the 2020/21 campaign, he was Groningen’s fourth-highest-rated player, it might be a reflection of his quality as a player.

Celtic have been involved in multiple transfers with Man City in the past, which suggests that this may not be a complicated transfer to complete. So signing Itakura might be a good move, especially since Celtic will be lacking in centre-back options if Kristoffer Ajer departs.

In other news: ‘A good sign’, ‘Improvement on what we have’ – Many Hoops fans buzz after hearing who could join