This comes after Judah co-hosted a recent episode of The Express & Star’s Wolves Podcast, where he spoke about a variety of topics concerning the Midlands club.

On the subject of Dendoncker, his latest season with Wolves and what next season could look like for the Belgian, Judah had this to say about the player.

He said: “I think there’s still a player in there, but if Wolves do go back to 4-4-2, if they go somewhere like that, Leander Dendoncker should really be in central midfield alongside Ruben Neves or someone like that.

“And goodness me, he’s tailed off badly, he needs a really big season next year and hopefully he does, because there is a player in there, but I think some fans have had enough of him.

“I think he’s a very useful player to have – especially a squad player – and if you’re not going to start him, he’s a great bench player, can play at the back, can play in the midfield, should be a destroyer, should be like a [Tomas] Soucek, really, but obviously, he’s so far off that it’s untrue, but hopefully, he comes again and gets back to the levels that we’ve seen him in, in so many games, so we shall see.”

Wolves originally signed Dendoncker back in the 2018 summer transfer window on a loan deal from Belgian club RSC Anderlecht before securing him on a permanent deal in the following summer window for a fee believed to be £12m.

Overall, the 26-year-old, who is currently valued at £27 million, has made 120 appearances for Wolves across all competitions in which he has managed to grab nine goals for the team along the way (per Transfermarkt).

Given how Dendoncker played in a number of positions for Wolves throughout the season including centre-back, defensive midfield and central midfield, ultimately earning himself a fairly uninspiring overall season rating of 6.65/10 according to WhoScored, this inconsistency in his positions could be why Judah hasn’t been particularly impressed with the player this season.

Is Leander Dendoncker good enough to play for Wolves? 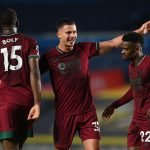 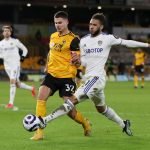 In our view, looking ahead to next season, the best way to get the most out of Dendoncker may be to get him playing in just one position throughout the season on a consistent basis as Judah suggested in the podcast, instead of swapping him around the pitch, which has shown to be unhelpful for the player based on his overall rating.

However, with Wolves managing to keep three clean sheets in the six league games Dendoncker played in as a centre-back, perhaps he would be better suited in a defensive role rather than a midfield one.

In other news: ‘I think so’ – Steve Bull tips Wolves to approach Spanish manager