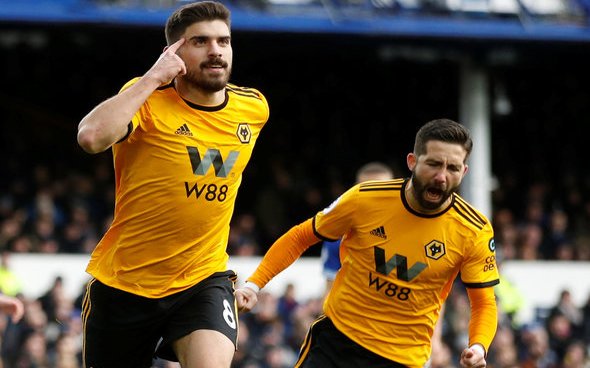 Duncan Castles has been speaking on the latest edition of The Transfer Window podcast about Ruben Neves’ future at Wolverhampton Wanderers.

Wolves could be set to sell the 24-year-old this summer, as Arsenal are interested in bringing him to the Emirates Stadium to potentially replace Granit Xhaka, who looks to be joining Roma.

It seems as if that deal for Neves to leave Molineux is progressing, and Fosun are possibly looking for around €50m (£43.15m).

Castles said: “Arsenal have begun working on that deal. They would see Neves as a replacement for Granit Xhaka, who is trying to get to Roma at the moment. I think the question is, what have Fosun baulked at before? Well, in 2019, they were offered £60m for Neves and said no, they wanted £80m at that point.

“It would possibly be €50m as an asking price this summer, but the price hasn’t been established yet.

“I think there is definitely the prospect of competition from other clubs for Neves now they know he’s available, now Arsenal have put a move in play. If a price can be established, I think you [will] probably see other clubs trying to get him as well.”

Will you miss Neves if he goes?

Wolves signed Neves in the summer of 2017 from Porto, and has gone on to make 176 appearances for the club, scoring some spectacular goals.

However, it looks as if his time at Wolves is coming to an end.

It certainly seems as if a new era for the Old Gold is approaching as Bruno Lage has replaced Nuno Espirito Santo, and the likes of Neves and Adama Traore are reportedly up for sale.

So, it could be a difficult summer for Wolves, and it will be interesting to see where Neves ends up.

In other news: ‘Definitely would have had him’ – Steve Bull drops Wolves claim on £81m-rated superstar