Bull claims losing Patricio to Roma would be a blow - Exclusive

Exclusive: Steve Bull claims losing Patricio would be a huge blow for Wolves

Rui Patricio has been Wolves’ undisputed number one ever since he arrived from Sporting Lisbon back in 2018 and former striker, Steve Bull, knows how big of a blow it would be to see him leave this summer.

Patricio is set to start for Portugal at the Euros, where his Portugal side will be looking to retain their 2016 crown, but while he is representing his country talks may be going on about his future, with Roma interested in the 33-year old. 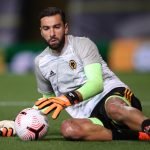 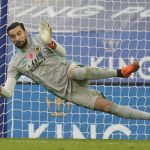 Wolves’ number two John Ruddy has been offered a 12-month extension but considering he hasn’t started a Premier League game for them, he may wish to seek a new challenge where he can play more than just cup games.

Both Patricio and Ruddy are well-liked figures around the club so it would be a massive blow if he left, especially to a club like Roma, which would not be seen as much of a step up, according to Bull who exclusively told This is Futbol:

“I know John Ruddy is going to sign a new 12-month contract to be back up and I’ve heard that he’s great in the dressing room with Patricio.

“Rui Patricio is a world-class goalkeeper and it could be that he follows Nuno wherever he goes but who knows? He will be a huge asset to lose if he does leave.”

There has been talk of Wolves signing a new goalkeeper, Portuguese of course, with Olympiakos’ Jose Sa ready to replace Patricio if he does leave, and that could potentially be Bruno Lage’s first signing as manager.

Patricio has been a dominant and impressive figure between the sticks for the Midlands outfit in his three Premier League seasons, proving once again that ‘keepers are able to perform at the top level way longer than outfielder players.