Exclusive: Bull worried that players may hand in transfer requests

There could be a mass exodus of players wanting to leave Wolves this summer following the departure of Nuno Espirito Santo, that is according to former striker Steve Bull who has spoken exclusively to This is Futbol.

Someone who had been with Nuno throughout his time at Molineux is Ruben Neves, even starting for Wolves in the Championship, and reports have suggested that the hierarchy are looking to cash in on their star midfielder and want to receive £35 million. 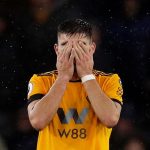 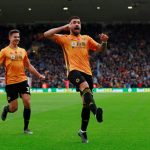 Since Nuno’s departure, there have been reports suggesting that the Portuguese manager doesn’t have another club lined up and is happy to spend time with his family this summer, thus squashing any worries of him taking some players with him to another club.

However, that has not stopped fans worrying for the future of Wolves if their best players don’t feel comfortable without Nuno, and Wolves legend Bull admits that the club could see numerous players handing in transfer requests this summer:

“I think all of the players, especially the Portuguese ones, will have a serious think over the next few weeks and think about if they’re wanting to stay or not.

“In the next two or three weeks, I think you’ll see transfer requests handed in both for players coming in and going out, so I think these next few weeks will just be a big lottery.”

If Wolves are to bring in another Portuguese manager, he may convince players such as Pedro Neto, Rui Patricio and Joao Moutinho to remain at the club for at least another season.

That managerial appointment could be in the form of Bruno Lage, who is reportedly already in talks with Wolves about taking the hot seat at Molineux.