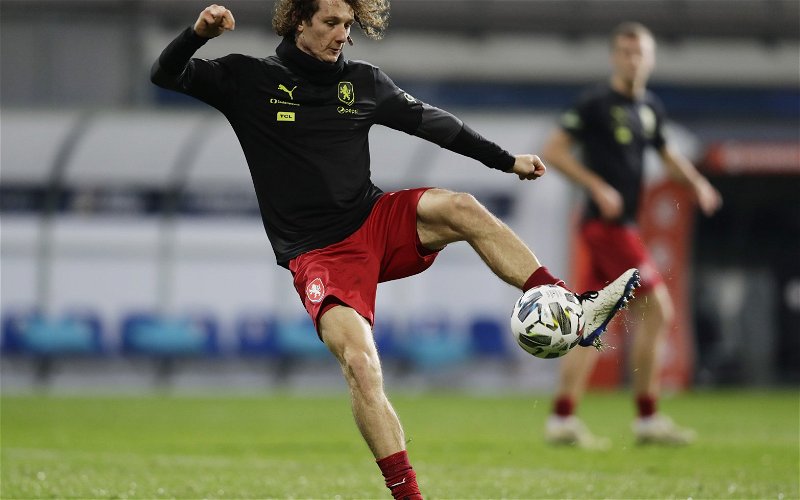 ExWHUemployee has been speaking on the latest edition of The West Ham Way about West Ham United’s interest in Alex Kral.

The club have been linked with Kral, and it seems as if he is a player they want to sign in this summer transfer window.

Kral, who plays for Spartak Moscow and is naturally a defensive midfielder, is also a full international for the Czech Republic, so he probably knows Tomas Soucek and Vladimir Coufal well.

Ex certainly believes that West Ham want him and thinks that the club want to get the deal wrapped up pretty quickly.

He said: “Alex Kral, a Czech midfielder. He is playing for Spartak Moscow.

“He is someone that we are definitely interested in. We wanted to try and get a deal done for him before the Euros.

“We’re hoping to sign him before the Euros because obviously if he has a good Euros, that could increase the competition for him, but whether we’ll get the chance to do that or not, I don’t know, and whether other clubs come in for him, I don’t know. So keep your eyes open on that one for any developments.”

Do you think that Kral would be a good signing?

Yes, would add some squad depth

If West Ham are to sign Kral before the European Championships, they will have to get a move on, considering the tournament starts on 11th June.

Given that he is naturally a defensive midfielder, we are not sure if West Ham need Kral because they have other defensive midfielders; however, given that they are in the Europa League, signing him would provide some much-needed squad depth, unless of course, the links point to fears over the future of Declan Rice, who has often been mooted as a potential target for other clubs.

If the Hammers don’t manage to get him before the Euros, then they will just have to hope that he doesn’t impress anyone, or they could face some more competition for his signature as Ex suggests. You would imagine that could in turn cause a price hike, too – so time is arguably of the essence for West Ham.