The Irons have enjoyed a terrific season in the top-flight, earning a sixth-placed finish and sealing qualification for the Europa League in the process.

It has been a remarkable turnaround for the club, given that they were battling relegation in 2019/20, with Moyes only just managing to steer them away from trouble.

Do you want David Gold and David Sullivan to sell the club?

No, they should stay 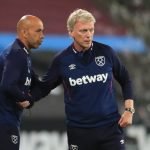 Yes, they should go

Sullivan and Gold have often been divisive figures in east London, due to a perceived lack of investment in the club.

However, Fry believes that, in recent months, the Hammers have done barely anything wrong, particularly in terms of transfers.

And he insists fans ought to give them more credit for the way they have conducted themselves in recent years, notably for injecting cash into the coffers during the Coronavirus pandemic.

“What he’s done in a year, he’s turned it from relegation to knocking on the door to the Champions League. If West Ham fans have got a problem with that, well, I can’t see the logic in it at all. I don’t think they realise how hard it is. Sullivan and Gold have had to put multi millions in again and again and again to keep it going this year. There’s been no fans, no nothing.

“I don’t think the fans appreciate what owners have to do. I’ve been an owner myself, and I was nearly in the grave because of the worry and the responsibility of paying not only your players but your office staff as well. It’s a big responsibility.”