Armstrong could be a Toney alternative for West Ham

Exclusive: Deane thinks Armstrong could be a possible Toney alternative for West Ham

Speaking exclusively to This Is Futbol, former West Ham striker Brian Deane has hinted at Adam Armstrong being a possible alternative to Brentford’s Ivan Toney for clubs like the Hammers this summer.

Following a season where he was able to score an incredible 33 goals in the Championship, Toney is being linked with a host of Premier League outfits, including West Ham.

However, following Brentford’s promotion to English football’s top flight, getting the 25-year-old out of the west London outfit may prove difficult. 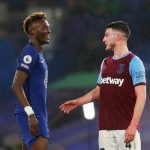 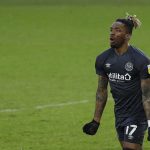 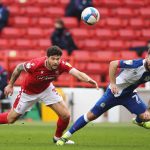 It could see teams such as West Ham be forced to look elsewhere, and Deane has suggested that Blackburn forward Armstrong could be a good option after hearing that the Hammers are reportedly interested in the 24-year-old, who could cost £16m.

“You can go into the Championship and get good players. Look at Ivan Toney who’s just come up with Brentford.

“Certainly, I think you can get value in the Championship. Adam Armstrong, we haven’t had supporters in grounds and they [Blackburn] need to kind of strengthen their squad.

“So that [selling the player to West Ham] may be a way of doing it and then getting the next Adam Armstrong.”

Like Toney, Armstrong was very prolific in the Championship last season, scoring 28 goals in 40 appearances. If Toney really is not an option, then the Blackburn man could be a good alternative.