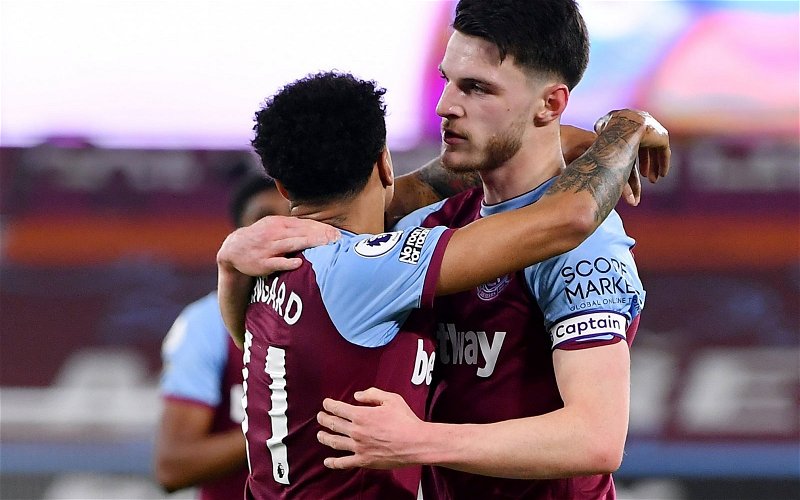 ExWHUemployee has been speaking on the latest edition of The West Ham Way podcast about West Ham United’s pursuit of Jesse Lingard.

The 28-year-old spent the second half of the 2020/21 season on loan with the Hammers, scoring nine goals and providing five assists.

This has led to talk of Manchester United wanting £25m for Lingard, but even though it is thought the 28-year-old wants to join West Ham – something that Ex claimed in recent weeks, it doesn’t look like that deal is guaranteed.

He said: “Obviously, we want to sign Lingard as well, but his future is unclear either way at this point.

I think they’re [Manchester United] a little bit undecided what they want to do with him, and I think it would depend on their business, whether they sign anyone as to whether he’s allowed to stay or go.”

Do you think West Ham will wait for Lingard?

Yes, we will wait

No, we will move on

Judging by what Ex said, the chase for Lingard might stretch on into the summer if the deal rests on Manchester United signing players, which could become frustrating for the Hammers.

However, you would think it would be hard for West Ham to ignore this deal after the spell he had.

The 28-year-old was fantastic and played a huge part in the Hammers securing Europa League football.

It seems they want to sign him, but if the Red Devils take too long to make a decision on Lingard, then it wouldn’t be a surprise if they move onto other targets, which after the spell Lingard had, would be such a shame for both the England man and West Ham.