The role in the dugout is still in a state of flux after a bizarre turn of events over the weekend. It looked likely that the club were set to appoint former Chelsea and Internazionale manager Antonio Conte, only for the deal to be called off when the Italian pulled out of negotiations. Sky claimed that he “was unconvinced Spurs were a team ready to win trophies immediately.”

So it looks as if Spurs are back to square one when it comes to appointing a new manager, and as heard on the TalkSport Daily podcast, Cascarino felt that former Bayern Munich, Germany and USA boss Klinsmann, a ‘legend’ in north London, should be on their list at this moment in time:

“He’s a very intelligent man. He had a huge success with Germany… Jürgen Klinsmann would be, I think, a really smart move, because he was adored by the fans.

“He had a big impact in Germany, and people might go, ‘oh it went pear-shaped for him at Bayern Munich’. Bayern Munich was in a terrible state at the time when he took them and didn’t last very long.

“I think he could be a viable option for Spurs. And it’s a risky one, but don’t tell me any guarantee comes with a manager. The guarantee was Jose Mourinho – well, that didn’t pan out very well, did it?”

Would you accept Klinsmann as Spurs manager? 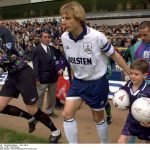 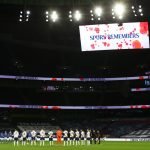 It certainly would be an outside choice for Spurs to make considering some of the names that were first mentioned.

Whilst Cascarino is right that he did well with Germany by taking them to 3rd place in the 2006 World Cup – with the added factor of home advantage, it should be noted – it was perhaps harsh for him to have been sacked by Bayern Munich given they were only three points off the top of the table when he was sacked with five games to play.

But even with that taken into consideration, it’s still not quite who Tottenham need to be aiming for if they are to take that next step as a club.

A proven winner like Conte is perhaps the way that they need to go – someone who can just add that little bit extra and get the team that little bit higher up the table as he did at Chelsea and Internazionale, and Klinsmann just hasn’t proved that he can do that at club level.

And for them to appoint someone like Klinsmann at such a crucial time for the club could end up being a disaster for them and could see them heading backwards rather than forwards.

In other news: ‘Noooo’, ‘It gets worse’, ‘That can’t happen’ – Many Spurs fans fume as player exit talk emerges