Lots of Tottenham Hotspur fans have taken to Twitter to share their thoughts on the latest claims to emerge from Fabrizio Romano.

According to the Italian journalist, reports regarding Tottenham and Paulo Fonseca and Maurizio Sarri are false. 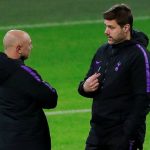 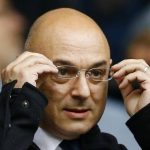 Spurs have recently been linked with a sensational return to north London for their former manager, Mauricio Pochettino.

However, earlier this week it was announced Paris Saint-Germain have taken up the option to extend his contract with the Ligue 1 side by an extra year.

Spurs fans flocked to the tweet from The Spurs Web relaying the claim from Romano and it is clear to see the news went down well.

Sarri is currently out work having left Juventus last year and Fonseca is now also looking for a job having been replaced at Roma by former Spurs manager Jose Mourinho.

The reaction of these Spurs fans makes it pretty clear they are delighted at Romano’s claim and obviously did not want either of these managers as the man to fill the vacant role in N17.