Tottenham Hotspur fans have been reacting to the latest news regarding their search for a manager.

The hunt still appears to be going on for the club to find their permanent replacement for Jose Mourinho after his departure in April, and having reportedly come close with a number of names, they are still nowhere near.

You can now add another name to that list of candidates that have turned them down, as speaking on Spanish radio station Cadena SER (via BBC Sport), Sevilla FC president Jose Castro has claimed that Spurs made a ‘dizzying’ offer to Sevilla boss Julen Lopetegui, however, the Spaniard is set to stay in charge at Ramón Sánchez Pizjuán Stadium for now.

This news was relayed to supporters on Twitter by @TheSpursExpress where there were plenty of fans who were none too pleased to hear it, seemingly annoyed that they have been turned down yet again, in what is not exactly the best look for them:

“One setback after another”

Will Tottenham have their new manager in place by the start of July? 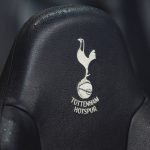 This list of candidates and targets is starting to grow larger and larger by the day, you wonder if by the end of the summer there will be any managers in the world left for them to approach.