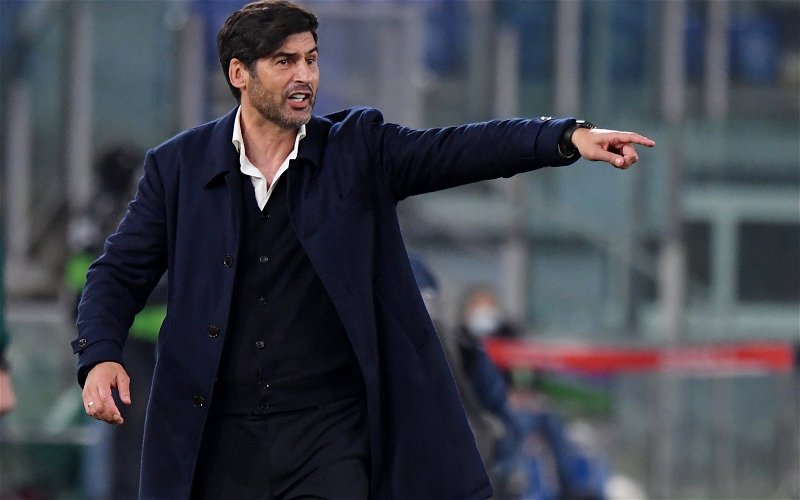 Tottenham Hotspur fans have been reacting to news from Fabrizio Romano about their next new manager.

Tottenham’s search for a new manager has been less than smooth, especially in the past few weeks. Reports seemed to suggest that the club were set to appoint former Chelsea manager Antonio Conte to the role, only for talks to break down late in proceedings.

Now, it appears as if they have their man, as Romano tweeted that former AS Roma boss Paulo Fonseca is ‘set to sign his contract’ in north London. He also noted that the club have already started to plan their transfer strategy for when the deal becomes official.

The Portuguese head coach will move to Tottenham with a decent track record when it comes to winning trophies, which given that Spurs are going through a 13-year drought without winning any silverware, hopefully he’ll be able to bring some of that magic with him.

But despite that, there seemed to be some fans who weren’t all that convinced about the appointment, as they took to Twitter to voice their displeasure at the news of his seemingly imminent arrival:

@KeelanJack21
“No thank you. Try again.”
@gamray
“Will I back him…. I guess… do I have any hope whatsoever….. no”
@MeerSaid2
“Sacked by the end of October with those opening fixtures. A completely pointless appointment.”
@SpursCompendium
“Joke of a club!”
@Alexinho_87
“Fiddlesticks”
@leeUkUfc

Is Paulo Fonseca the right man for Spurs?

Now we’ll just have to wait and see if he can win them over, and whether or not these fans will feel foolish if he can bring a trophy to the club.