Tottenham Hotspur fans have been reacting to claims surrounding the future of Harry Winks.

There is set to be plenty of change coming in north London in the coming weeks, with the reported appointment of former AS Roma manager Paulo Fonseca in the dugout as well as that of Fabio Paratici as the club’s sporting director.

On top of that, there’s also the transfer window to deal with, and it looks as if wheels could already be in motion, as a report from Football Insider has claimed that Paratici will look to sell the 25-year-old, stating that “Tottenham would accept £30m for the 10-times England international, and could even sell for less.”

This news was relayed to fans via @LastWordOnSpurs on social media where fans seemed to be more than happy with the idea of letting him go:

“Just one of many players he needs to get rid of. Plus Serge A Juan f Eric D Toby A Davidson S Moussa S Eric L CCV plus who know what’s going to happen to Kane plus Bale going back to Madrid”

@Paudyer07
“Good”
@dapper_dan83
“Finally some good news coming out of Spurs!”
@stevenkane2013
“Get him out, and a few others should be following him”
@JasonFoxspurs
“Clearly loves the club and a genuine nice guy, but just not good enough. Wish him well and will certainly take the positives from moving on such players……the first of many I hope”
@Coops0411
“Never progressed once Dembele wasn’t babysitting him. I had high hopes when he first came on the scene but currently just a typical English player who doesn’t have the football I.Q to dictate matches and set the tempo Unfortunately, he hasn’t got the physical quality as well”
@JAGBASSI10 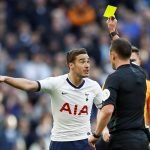 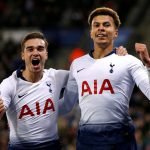 He has fallen out of favour at the club and has reportedly pushed for a move away from the club as a result of his dwindling playing time, so this does seem like a move that would be good for all concerned, especially if this is the reaction the fans have over his potential departure.

In other news: ‘Noooo’, ‘It gets worse’, ‘That can’t happen’ – Many Spurs fans fume as player exit talk emerges