Tottenham Hotspur fans have been reacting to claims about Erik ten Hag and his potential appointment as the new head coach.

Tottenham have had what can only be described as a nightmare when it comes to replacing Jose Mourinho, with the club reportedly coming close to appointing someone on multiple occasions, only to be thwarted at the last minute – with the likes of Antonio Conte, Paulo Fonseca and Gennaro Gattuso all seemingly close to taking their place in the dugout.

And having had those plans scuppered, it looks as if they could be forced to go back to square one, with The Telegraph reporting that they still hold an interest in the Ajax boss. Ten Hag was on their shortlist previously before a new deal in Amsterdam appeared to put an end to their chase. Tottenham can still appoint him, but it would force them to pull off a deal with the Dutch side to make it happen.

This news was relayed to fans by @TheSpursExpress, where supporters were delighted to see him still on the club’s radar:

“Just get him man. Stop dragging this around.” 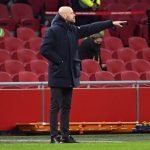 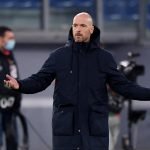 Although these calls could just be coming out of desperation to get this whole ordeal over with as soon as possible, in all honesty, you can’t blame them given how long this has been going on.

In other news: ‘They will look for some solution’ – Romano drops worrying claim over 31 y/o’s Spurs future