Lots of Tottenham fans have been talking about their club’s links with a move for Portuguese midfielder Joao Palhinha.

Portuguese outlet Record (via Sport Witness) have stated that Spurs have now taken a step forward in their move for Sporting midfielder Joao Palhinha and they’ve contacted the Portuguese champions to find out more about a potential signing. 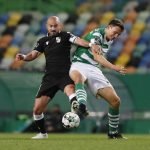 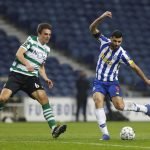 Having said that, the likes of Everton, Atletico Madrid and Sevilla are also interested and there is no information about whether Spurs have made an offer for the Portugal international.

This news was relayed on Twitter by Hotspur Related and many Tottenham fans made their views clear about it.

“This would be an ELITE signing so therefore it is not happening.”

“Looks like we are going bold in the midfield.”
Credit: @_Cohea
“We better get him.”

Credit: @thfc_Vivek
“And it begins.”

“And so it begins #mendes.”

A lot of these Spurs fans seem to rate Palhinha as a player, but one fan believes that this would mean Tottenham won’t go after him.

Palhinha impressed in the 2020/21 campaign, picking up an average match rating of 7.22/10 in the Portuguese league. He won as many as 3.3 tackles per game – the highest in the Sporting side – and also made 1.5 interceptions per match (as per WhoScored).

Pierre-Emile Hojbjerg played over 4,000 minutes of football in all competitions for Spurs last season and it shows that club needs a potential rotation option. Palhinha can certainly be that player.

In other news: ‘From what I’m told right now’ – Alasdair Gold drops eye-opening update at Spurs