Many Tottenham fans have been discussing some news about Mauricio Pochettino that emerged on social media.

French outlet Le10Sport has recently reported about Pochettino, claiming Paris Saint-Germain are already prepared to move for Zinedine Zidane if the Argentine leaves the club and that they won’t be completely against the idea of losing the ex-Spurs boss. Pochettino has witnessed some tensions with Leonardo and the Argentine’s future is a topic of debate at PSG.

This comes after it has been previously reported that Spurs are interested in bringing Pochettino back to the club and the manager would also be interested in a return. Le10Sport suggested that should Pochettino express a desire to leave, they would be happy to release him in the hope of luring Zidane to the French capital.

Can Pochettino still return to Spurs? 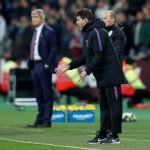 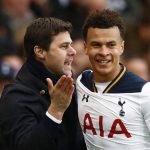 This news about PSG’s possible willingness to let Pochettino go was relayed on Twitter by Talking THFC. Many Spurs fans made their views clear about this.

“Please let this be true.”

“THE STARS ARE ALIGNING”
Credit: @SamSpurs2
“Don’t do this. Don’t give me hope.“

These Spurs fans have been left excited by this news and some of them would want Pochettino return to their club.

All that said, French football expert Philippe Auclair has stated that while Leonardo and Pochettino don’t have a good relationship and that relationship is already damaged, it’s the ex-Milan chief who is likelier to leave the club than the former Spurs boss.
Moreover, Fabrizio Romano has stated that Pochettino will not leave PSG. So perhaps, it is time for Spurs to move on from their chase of the Argentine.
In other news: Sky Sports journalist’s Laxalt news has got a lot of Celtic fans talking