Many Tottenham Hotspur fans have been discussing a news update about Mauricio Pochettino that emerged on social media.

French football expert Philippe Auclair recently had a chat with TalkSport about Pochettino’s situation at Paris Saint-Germain and his relationship with the club’s sporting director Leonardo.

He stated that the duo’s relationship is now ‘irredeemably broken’ and there can’t be a situation where both of them stay at PSG, meaning that one of the two would have to leave the club. The expert also stated that there have been heated conversations between the two.

Does this end Spurs' chances of landing Pochettino? 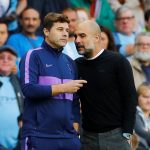 This comes after Spurs have reportedly been trying to bring Pochettino back to the club and the Argentine has expressed his interest in the role, too.

These claims from Auclair about Pochettino’s situation were relayed on Twitter by The Spurs Express. Multiple Tottenham fans were talking about it.

What did Spurs fans make of the news about Pochettino?

“So now it’s literally pointless if he comes back. Levy now has all the power, if Poch leaves he needs us. Levy won’t back him and will expect him to performs miracles with the same squad again.”

“Pochettino is going through Levy part 2. Tuchel left due to disagreements with the board, Pochettino is facing the same. The only way Pochettino is coming to us if Levy gives him assurances that he won’t mess him about, plus will back him.“
Credit: @BlueDiamond0000
“Poch can leave 🙂“

In his chat with TalkSport, Auclair also stated that PSG have a lot of power in their hands and even if Pochettino wishes to resign, they have the power to refuse it. He also stated that Leonardo is more likely to leave PSG than the ex-Spurs boss.

This is similar to what Alasdair Gold reported about the fact that Spurs’ chase of Pochettino has hit a ‘roadblock’. So perhaps, the Lilywhites might have to pursue other targets.

In other news: ‘Incredible’, ‘Hallelujah’ – Many Spurs fans elated as ‘best news this year’ emerges