Football journalist Fabrizio Romano has been sharing the latest details on Tottenham Hotspur striker Harry Kane’s current situation in terms of a potential transfer away from the north London club during the upcoming summer transfer window.

This comes after Romano co-hosted a recent episode of the Here We Go Podcast where he spoke about a range of transfer-related topics going around at the moment.

“So, it’s for English clubs and Manchester City want to try, they want to try and sign Harry Kane this summer.

“Let’s see, it will be complicated, because as we always say Daniel Levy is still [at] the same point and now he’s busy with the situation of the manager of Tottenham and the price of Harry Kane will be crazy.

“Harry Kane is always saying to Tottenham that he wants to go and he wants to play Champions League football and Manchester City want to try, so in the next weeks, this Kane situation will be part of the topics because for sure, they want to try.”

Since making his senior debut for the Lilywhites back in 2011, Kane has gone on to make 336 appearances for Tottenham across all competitions in which he has racked up an impressive total of 221 goals and 47 assists in the process (per Transfermarkt).

In our view, with Kane having not yet managed to win a team title with Spurs since he made his debut with them, perhaps it would be better for him to move to a club where he would be more likely to get his hands on some silverware.

In terms of Manchester City potentially attempting to sign Kane this summer as Romano suggested in the podcast, the fact that their chairman Khaldoon al-Mubarak recently revealed that the club will look to “bring quality into the squad in a couple of key positions” suggests to us that a move for Kane could well be on the horizon for Pep Guardiola’s side, especially with Sergio Aguero recently leaving.

Do you think Kane will leave Spurs this summer? 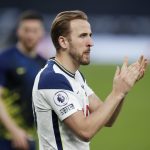 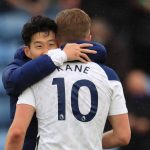 In our view, given the plethora of titles that City have won in recent years, perhaps a move there would make the most sense for Kane in terms of his aspirations to win trophies.

In other news: ‘Scenessss’, ‘This might be the best day ever’ – Many Spurs fans react as off-field news emerges