Journalist Dean Jones has recently talked about Gareth Bale’s situation and whether the Welshman can return to Tottenham Hotspur this summer.

Bale was at Spurs on a loan deal for the 2020/21 campaign and it was recently suggested that the Welshman could be looking for a move to MLS, with LA Galaxy interested in signing him.

Jones appeared on the latest episode of The Football Terrace’s The Done Deal Show, speaking about the future of Bale and whether he can return to Spurs for another season. The journalist believes that the Real Madrid man hasn’t decided his future yet and Spurs still have the option to re-sign him on the same terms as they did last summer.

Do you want Spurs to re-sign Bale? 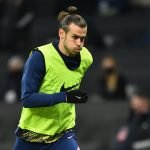 The journalist said: “To answer this question on Gareth Bale,  I wouldn’t rule that out yet. I wouldn’t say that they’ve lost one of their best players from last year in Bale because Bale hasn’t decided what he’s doing yet.

Bale certainly did well in the 2020/21 campaign for the Lilywhites, as he directly contributed to 19 goals in 34 games in all competitions for the club. He scored in the last game of the season, helping Spurs beat Leicester and qualify for the Europa Conference League. It shows that he still has a lot of quality in him.

Fabrizio Romano has also stated that he is yet to decide his future and Real Madrid have a meeting scheduled to decide his future, however, there have been reports of Bale and Spurs not having an arrangement in place to potentially bring him back to the club on another loan.

So perhaps there is still be a chance of Bale returning, especially since Daniel Levy would be open to making this deal possible, as Jones claims – but it is clear there is confusion surrounding his immediate future.