The former Southampton star has been a hugely important member of the squad this season.

Should Spurs sell Dier and Hojbjerg? 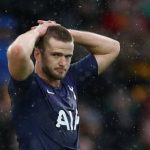 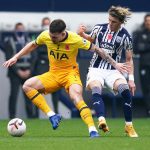 However, a report from Football Insider has claimed that the club would be open to selling the defensive midfielder this summer if an acceptable bid is tabled, amid reported interest from Roma.

Of course, Mourinho has been appointed Roma boss, and he may well wish to reunite with the Denmark international.

But Stewart has been hugely impressed with Hojbjerg and the way he has played this season, and insists that the club can ill-afford to lose a player of his quality.

This is especially paramount given the doubts that are currently surrounding the future of Harry Kane, who Hojbjerg labelled as one of the best on the planet earlier this season, who is reported to have asked to leave this summer.

Speaking exclusively to This Is Futbol, Stewart said: “I think he’s been the best midfield player we’ve had this season bar none. I’ve been very impressed with how he plays, how he goes about his business, that’d be a massive hole.

“They’re already found wanting in the midfield areas, it’s been well reported, and then the player that has been the stand-out midfield player, if he goes, you look at it and it’s a total decimation of the team.

“If Kane went, which we think he is, and then I’m sure that somebody has spoken to his advisors already from the way that he said ‘I’m leaving’, and then Hojbjerg, it’s the spine of a team you can ill-afford to lose, especially with the current situation at Spurs.”