Fry claims Levy will not change at Tottenham Hotspur - Exclusive

Daniel Levy has recently gone halfway to releasing some of the power he held at Tottenham Hotspur by appointing Fabio Paratici as Sporting Director, but it’s very unlikely he would also appoint a Director of Football, according to Barry Fry.

Levy has been the supremo at Spurs for several years and he has been the one man that organises transfers both in and out of the club as well as negotiating new contracts with players, so it was a slight surprise to see him bring in Paratici and essentially hand over control of transfers. 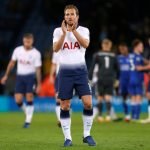 Paratici will be expected to bring in some household names to Spurs this summer and the likes of Leonardo Bonucci and Paulo Dybala have already been linked, but it’s likely going to need more than those players and a new manager to convince Manchester City target Harry Kane to remain at the club.

It would certainly help Spurs if they were able to appoint a Director of Football so they could focus solely on helping the manager and relaying his wants and needs to the hierarchy, and when asked if Spurs need someone in that role but if Levy would approve, Fry had this to say exclusively to This is Futbol:

“I do, but Daniel wouldn’t as he wants to do it himself.”

Levy has certainly made some great signings during his time at Spurs with the likes of Luka Modric, Toby Alderweireld and Son Heung-min but it would certainly not do any harm to Spurs if they employed a Director of Football, as Fry explained:

There will be hopes that Paratici’s appointment will be enough to help bridge the gap between Levy’s great negotiating powers and lack of footballing knowledge to help Spurs bring in some top quality players this summer.