The 20-year-old, valued at £9m on Transfermarkt, has been a target for Saints boss Ralph Hasenhuttl for some time now and with left-back Ryan Bertrand having departed the club this summer and Williams also being given permission to leave Old Trafford on loan during the transfer window, you would likely expect them to be taking a look at him once again.

However, it might not be so straightforward for them this time around. Speaking on the latest edition of Touchline Talk, Jones noted that he believed Southampton would make another move for him this window, but that there might be more, and perhaps better offers out there for him to choose from depending on where certain managers go:

“Southampton made sense for me in January, but it didn’t happen. It depends as well on what managers end up landing at different clubs right now. But I think that’s the exact level [of player they’d be interested in]. But I do think that Southampton will still have an interest.”

Will Southampton land Williams this summer? 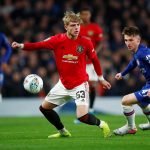 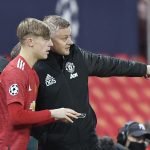 It is an interesting observation that Jones makes, because there are a few Premier League clubs that need managers right now such as Everton, Crystal Palace, Tottenham Hotspur – and there might be an appointment soon that more suitably fits Williams’ style or could come across as a more appealing option for him to develop.

In terms of fit, Southampton, as Jones hints, does seem like the right-sized club for him. They are a team you would expect to struggle in the Premier League, where he might be under the cosh most weeks and struggling, but at the same time, they’re arguably not likely to be competing near the top where he might be out of his depth.

Southampton had just better hope that the fact they’ve been after him for so long, proving just how highly they think of him and how desperate they are to sign him, might just give them the advantage over any club that might show an interest.

In other news: “Would be a great move” – Exclusive: Pundit tips 25y/o Spurs man for Southampton, Poch loved him