Exclusive: Serie A expert backs Southampton to sign out of favour Strakosha

In recent seasons Southampton have gone through three keepers with neither Angus Gunn, Alex McCarthy or Fraser Forster able to nail down a regular starting spot, and Forza Italian Football Editor-in-Chief Conor Clancy believes that Thomas Strakosha could be a huge upgrade.

During the back end of the season, Ralph Hasenhuttl used both Forster and McCarthy on a rotation basis but somebody who has proved himself outside of England is Strakosha, and reports have suggested that Southampton have an interest in the Lazio shot-stopper. 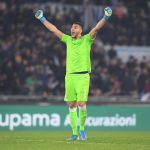 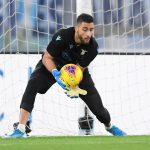 Hasenhuttl could find the man he is looking for in Strakosha as the Albanian international has found himself largely out of favour this season, with Pepe Reina featuring in 29 of the Serie A games during the previous campaign.

The Saints struggled for defensive solidarity this season and having a regular number one would instil a lot more confidence into the back four, and Strakosha could become that person for Southampton – that’s according to Clancy, who spoke exclusively to This is Futbol:

“I think it’s a move that will make sense for Strakosha as well because he’s found himself in a little bit of a strange situation. Through no fault of his own he got injured and Pepe Reina has been the number one since.

“I think he’s probably keen to get a move away because he’s better than Reina and he should be Lazio’s number one, so I think Southampton might be a nice fit.”

There could be a lot of change at Southampton this summer as they bid to avoid starting next season how they finished the 2020/21 campaign which saw them win just four of their last 21 league games.

Strakosha was signed to Lazio’s under 19s side in 2012 when he joined from Greek side Panionios Athen and has ended up making an impressive 177 appearances for the Serie A side.