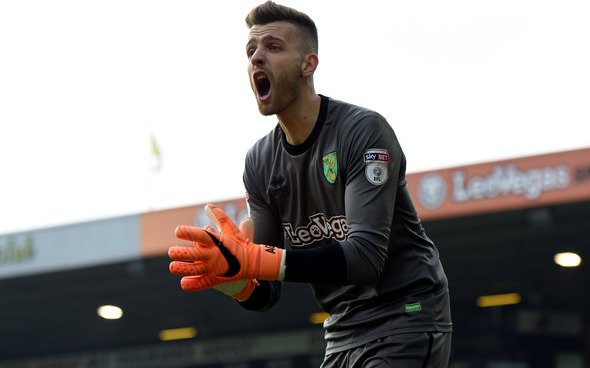 Tim Krul has been the number one for Norwich City since 2018 and he has very rarely ever let them down.

However, having competition from someone younger in Angus Gunn could provide competition, but it would come with a huge transfer fee, something former Norwich star Jon Newsome struggles to understand.

Gunn spent the last season out on loan at Stoke City as they once again failed to produce any sort of serious push for promotion back into the Premier League, but he could get a shot back in the top flight as the Canaries are considering a reunion with the shot-stopper. 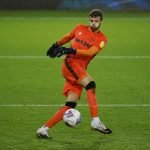 Gunn spent a season on loan at Norwich back in 2017 and was then signed from Manchester City permanently by Southampton the following season but he has not featured in the league since 2019 for the Saints.

It is always good to have competition for every position on the pitch but for a club the size of Norwich it may be an expensive signing just for Gunn or Krul to sit on the bench. Newsome spoke on the matter exclusively to This is Futbol:

“It’s a lot of money to pay for a goalkeeper that you’re bringing into the club to then just fight for the number one jersey.

“The club would then have to say to Tim Krul ‘your time’s up and you’re now going to be an understudy’, and I don’t think the club would do that because he’s been excellent for them.”

Norwich will know that they must add some Premier League quality into their side which they largely failed to do last time and they won’t want a repeat of their last endeavour into the top flight.

The Canaries may be able to splash some cash on a keeper like Gunn if they sell Emiliano Buendia who has been linked with a huge move away from the club which would cost any potential suitors around £40 million.