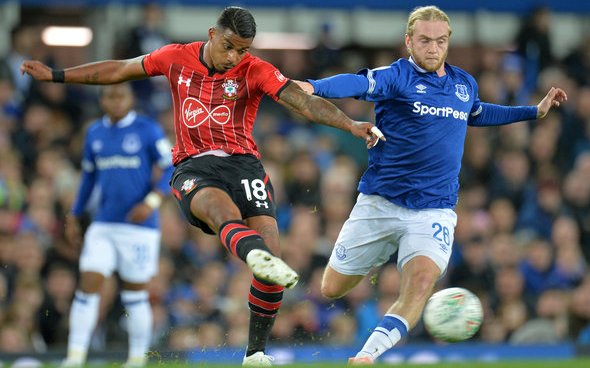 A lot of Newcastle United fans have flocked to a post from NUFC 360, which has relayed a report from the Daily Mail concerning Mario Lemina.

It claims that the Toon’s planned move for the 27-year-old has stalled because Mike Ashley has concerns over his age, despite the fact he would only cost £4m.

This has drawn the attention of these Toon fans who are fuming.

“I’m lost for words at this point”

“Worrying in regards to the takeover.”

“But we will offer Gayle a new contract… Ridiculous”

No, he wouldn't do that

Lemina spent the 2020/21 season on loan at Fulham and made 30 appearances for the Cottagers.

He has also made 46 appearances for Southampton in the Premier League and also played for Italian giants Juventus, so he has plenty of experience, and for just £4m, he could be a great addition for the Toon.

However, it doesn’t like the deal will happen, and this news continued to draw in angry Toon fans.

“Just makes it up as he goes along”

“4 million quid!!! Most prem teams pay more than that for a no2 goalkeeper! Good old Mike”

£4m in today’s market is absolutely nothing for a player like Lemina, and 27 isn’t even old, so it is concerning that Ashley won’t approve the signing, but it is clear that many Toon fans are not surprised.

In other news: ‘Could there be clues in there’ – Many Newcastle fans react as interesting images emerge