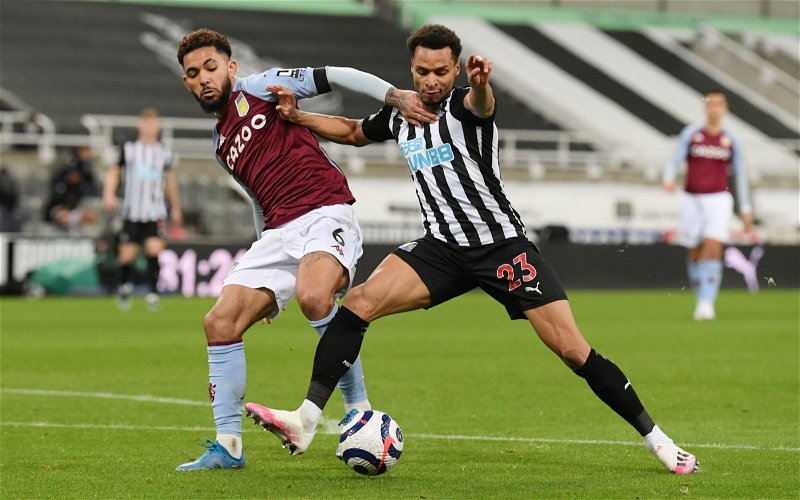 Newcastle United fans on Twitter have been responding to the latest claim to emerge about Toon winger Jacob Murphy.

This comes after journalist Craig Hope shared a post on his official Twitter page revealing that he is “expecting” Murphy to sign a new long-term deal at the Tyneside club.

Hope also added that he has been told that all parties are happy with the reported terms of Murphy’s supposed new deal and that the player is “set to commit” his future to the club.

The journalist revealed that “there had been interest from elsewhere” for Murphy, who Hope thinks has “revived” his career at Newcastle.

This post then quickly grabbed the attention of a lot of Toon supporters who were not shy in sharing their thoughts on this latest claim.

So, what did these Newcastle fans have to say in response to Hope’s post about Murphy?

“Great news! Very happy about this.”

“TEARS IN MY EYES”

“Very underrated, brought some good quality, energy and consistency as a right wing-back last season and made the position his own. Expect him to be a starter for the majority of next season”

“Some good news at last”

Looking at the replies to this post from Hope, it’s clear to see that these Newcastle supporters would be delighted to see Murphy put pen to paper on a new deal at the club.

Would you be happy to see Murphy sign a new deal at Newcastle?

Given how Murphy managed to score two goals and provide three assists in the 26 appearances he made for the Toon in the Premier League this season, whilst playing in a number of positions such as right-wing, left-wing and right-back, he has shown not just his versatility, but also his worth to the team and why he deserves a new deal, in our view.

In other news: ‘I just don’t see it’ – Steve Wraith drops verdict on future of £1.35m-rated NUFC figure