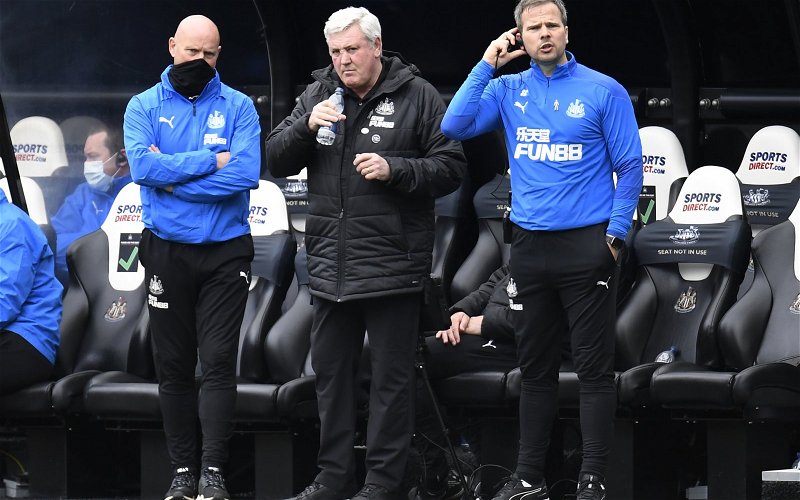 Newcastle United fans on Twitter have been responding to the latest piece of news to emerge concerning the Tyneside club and the summer transfer window.

This comes after journalist Alan Nixon shared a post on his Twitter page claiming that Newcastle manager Steve Bruce “will get a transfer war chest” from club owner Mike Ashley to spend during the current summer window.

Nixon added that it will be “around £50m” for Bruce to spend this summer.

This post then caught the attention of a lot of Toon supporters who were not shy in sharing their thoughts on this latest claim.

So, what did these Newcastle fans have to say in response to this latest claim about their reported transfer funds?

“If we have that then I’ll be extremely surprised”

Looking at the replies to this post, it seems that these Newcastle fans are fairly pleased by Nixon’s claim that Bruce could have £50 million to spend in the current summer transfer window on new players.

Do you think Newcastle will spend £50m on players this summer?

Given how Newcastle managed to spend a total of £35.1 million during the previous summer window and sign some players on free transfers as well, if the club does have £50 million to spend this time around, it could be safe to assume that they will once again aim to bring in a number of players to strengthen their squad.

In our view, if the club does end up spending somewhere near the reported fee of £50 million on new players this summer, then this would probably be a big boost for them, taking into account how the global pandemic has impacted the financial side of football and its clubs in recent months.

In other news: Journalist claims Newcastle could be forced to make ‘big decision’