Many Newcastle United fans have been talking about the latest tweet from Mark Douglas that emerged on social media.

Willems stated that his knee feels fine now and he’s ready to play for his next club. He stated that returning to the Magpies would be a ‘very nice’ option for him and he enjoyed his time at the club. He also said that it’d be great for him to join Newcastle again.

Will Willems return to NUFC this summer? 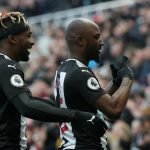 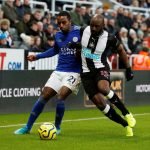 Willems also revealed that he still speaks regularly to Allan Saint-Maximin as he praised the Frenchman.

Douglas tweeted out this article and it drew the attention of many Newcastle fans, who made their views clear about Willems.

What did NUFC fans make of the news about Willems?

“Perfect for us, especially if we’re sticking to this formation. Yes it’s a bit of a gamble, but aren’t most players in our bracket? No transfer fee, wants to come, knows the area/club, good quality and ambition to get back in the Dutch squad for the WC, no-brainer imo.“

“Surely a deal we have to get done. Perfect for LWB.”

“Personally I’d love to see you back Jetro! Whatever happens though, keep fighting & all the best #nufc.”
Credit: @seancavens
“Bring him home.”

“Honestly we’d be stupid not to get him back.”

These Newcastle fans clearly want Willems back at the club and they want the club to seal a return for the Dutchman soon.

Willems was on loan at the club for the 2019/20 campaign, when only three Newcastle players grabbed a higher rating than him. The Dutchman scored two goals, also getting two assists for the side (as per WhoScored).

So Willems could be a useful option for the Magpies and with Matt Ritchie and Paul Dummett not getting any younger, the ex-Eintracht Frankfurt man could be a good younger option.

In other news: ‘Sick of this’, ‘Would be shocking business’ – Many NUFC fans react as transfer news emerges