A lot of Newcastle United fans have flocked to a post from NUFC 360, which contains a link to an article from The Chronicle.

The article claims that Steve Bruce has been given the green light to start strengthening his squad ahead of the 2021/22 season despite uncertainty over the club’s future.

It also claims Bruce wants to have at least one or two signings by the start of pre-season, but that he only has a limited budget to work with and will have to rely on the loan market.

This has drawn the attention of these Toon fans who are not happy.

“I don’t get it. They say Bruce will be backed… yet he has to use the loan market? Surely being backed is saying “There’s £30m to go sign Willock and there is £40m for the rest of your business?” No?”

“Summer recruitment with a low budget and loans. Exciting times ahead”

Does this concern you?

Yes, who are we meant to sign with no budget 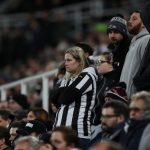 No, we will find a way 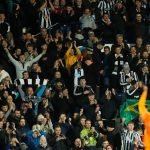 It seems odd that Bruce has been told he can strengthen the squad, but he will have very little money to do so, and it is clear that many Newcastle fans are expecting a disappointing transfer window.

“And the circus goes on”

“In fairness we gave him £150 million and we got worse, so I wouldn’t give him any more”

Last summer, the Toon managed to snap up three players on free transfers, so we wouldn’t be surprised to see Newcastle go for a similar approach this summer, but this is not what fans want to hear, and many of them are disappointed.

In other news: ‘I’m not feeling very confident’, ‘Ridiculous’ – Lots of NUFC fans react to claim on PIF