Manchester United journalist Andy Mitten has talked about the future of Paul Pogba.

Pogba was recently linked with a move to Paris Saint-Germain and it was reported that the midfielder’s agent Mino Raiola has met with the French club to discuss Pogba’s future.

Mitten spoke about Pogba on the latest episode of the United We Stand podcast. The journalist claimed that Pogba has a good relationship with Ole Gunnar Solskjaer and the midfielder is also happy to sign a new deal at the club soon.

Do you think Pogba will sign a new deal? 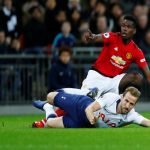 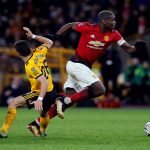 Pogba’s current contract at United runs out in the summer of 2022 and is yet to extend his deal at Old Trafford.

“I wrote in mid-February that he was amenable to signing a new contract at United. I’ve not heard anything to counter that. And you can sort of see why, because clubs probably aren’t queuing up to sign him like they would have been doing.”

In the 2020/21 campaign, Pogba directly contributed to 15 goals in all competitions for United, with eight of those coming in the Premier League (as per Transfermarkt).

With the club finishing runners-up in the Premier League and Europa League last season and Pogba regularly picked when fit, he may be worth keeping around.

Given the supposed lack of interest Mitten alludes to, United should perhaps make sure that he signs a new deal soon to maximise chances of receiving a fee for any departure in the future as his deal runs out.

Having said that, it has been reported that the midfielder wants a wage of £500,000 per week to sign a new deal. So the whole situation is a big dilemma for United.