Kane has already asked to leave Tottenham this summer, with the Red Devils one of three English sides interested along with Manchester City and Chelsea.

With City’s need for a striker far greater than United’s following Sergio Aguero, the champions are the England captain’s most likely destination, although any deal is now expected to be sorted out after the Euro’s. 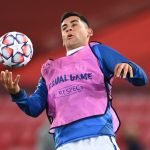 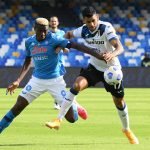 United have signed up 34-year-old Edinson Cavani for another year after his outstanding end to his first campaign at Old Trafford, whilst both Anthony Martial and Marcus Rashford can play through the middle.

But if United want to close the gap on their Manchester rivals, then someone of Kane’s calibre is going to be required.

The Tottenham striker, who’s valued at £108m on Transfermarket, scored 31 goals in all competitions in 2020-2021, 21 of which came in the Premier League, including a brace in Spurs’ 6-1 victory at Old Trafford last October, and has 166 English top flight goals in total.

Bent exclusively told This is Futbol:

“We spoke about Manchester United, they need a top striker, and Harry Kane – he’d be the one. I think Man United, for the way he plays, the style of play, the way he moves about, that would be a good move for him.”