Reports have emerged claiming that Pep Guardiola’s men are preparing to make a move for the England international and are willing to pay as much as £100m to make the deal happen, in a move that would break the previous record set by Paul Pogba’s move to Manchester United in 2016,

Meanwhile, Villa are reportedly set to try and negotiate a new contract to try and keep him at the club.

But speaking on Sky Sports News, Solhekol revealed some news that might put a spanner in the whole operation, because despite the high price tag that they are willing to pay for his services, he isn’t Manchester City’s main target:

“The latest information I have is that Manchester City’s priority this summer is to sign a striker. Their top target is Harry Kane, they’re also interested in signing Erling Haaland and I’ve been told that it’s unlikely that Manchester City would sign a striker of the calibre of Harry Kane or Erling Haaland and Jack Grealish as well. The only way that could happen is if they sold players.”

Do you think that Grealish will join City?

Yes, we will get him

No, he will stay at Villa 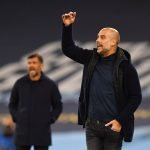 This certainly does put things in perspective for City, because you then have to question how much the rest of the team is worth if they are going to be forced to sell multiple players just to get one or maybe two in return.

And whilst there is no doubt that players like Grealish are incredibly talented and can make a big difference to a team if used correctly, is he really worth selling off two or three players of what is one of the best sides we have seen in English football in order to bring in, especially if he isn’t the priority for them as Solhekol suggested?

It certainly is going to be a tough decision for Guardiola and the City board to have to make this summer.

In other news: ‘Are trying to get him in’ – Man City tipped to move for £72m-rated wonderkid