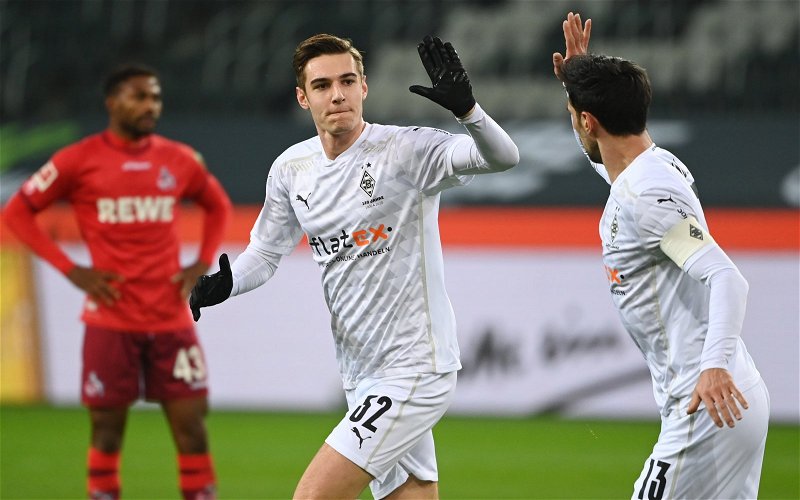 This comes after Plettenberg made a guest appearance on a recent episode of the Liverpool Echo’s Blood Red Podcast after it was reported that the midfielder has emerged as a potential transfer target for Jurgen Klopp’s side this summer.

On the matter, Plettenberg had this to say on the situation.

He said: “To my information, there has been contact between the management of the player and the bosses from Liverpool.

“So, as you can see, Liverpool is highly interested in Florian Neuhaus but it’s clear because he’s a very versatile player.

“He’s a very flexible, very talented, very important player of the German national team and one of the best players in the German Bundesliga, so we have to say, okay, maybe it’s possible that a German player is going abroad, but there are no concrete negotiations right now, but Liverpool, they are definitely interested in signing Neuhaus.”

Monchengladbach signed Neuhaus back in the 2017 summer window on a free transfer. Since then, the 24-year-old, who is currently valued at £31.5 million has gone on to make 116 appearances for the Bundesliga side across all competitions in which he has managed to score 16 goals and provide 20 assists along the way (per Transfermarkt).

Given how Neuhaus had a fairly decent season with Monchengladbach, in which he managed to score six goals, provide five assists and ultimately earn himself an overall rating of 6.94/10, making him the club’s sixth-highest-rated player according to WhoScored, it comes as no surprise to us that Liverpool are reportedly interested in signing him this summer.

With Liverpool having said goodbye to Georginio Wijnaldum this summer, who has now signed for Paris Saint-Germain, perhaps Neuhaus could provide the Reds with a suitable replacement for the Dutchman.

Additionally, with Gary Neville recently claiming that Wijnaldum will be ‘badly missed’ at Anfield, it makes sense, in our view, that Liverpool bring someone in, such as an experienced, top-level player like Neuhaus, who can take his place in the squad moving forward.

In other news: ‘He’d be incredible for us’ – Liverpool urged to launch controversial transfer move