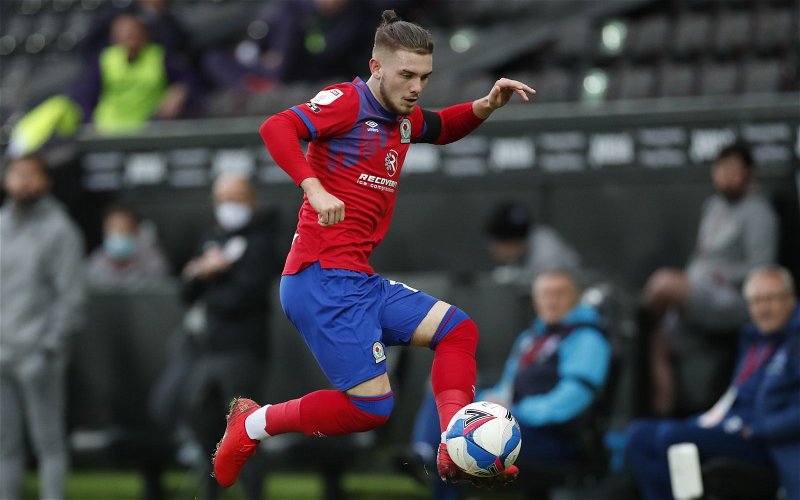 Liverpool journalist Dan Morgan has been sharing his thoughts on Reds winger Harvey Elliott and his current situation at the Merseyside club.

This comes after Morgan co-hosted a recent episode of the Liverpool Echo’s Blood Red Podcast where he spoke about a range of topics concerning Jurgen Klopp’s side.

On the subject of Elliott, who spent the 2020/21 season on loan at Championship club Blackburn Rovers, Morgan had this to say about the winger as he praised his physical shape ahead of a potential run in the Premier League next term.

He said: “I’m really sort of excited about Harvey Elliott. I think he looks ready.

“He’s developed physically as well, in the sense that you can see that he’s built his core.

“You need it [physicality] to play in the Championship, that’s the other thing. So it’s massive that he’s been able to show that.”

Liverpool signed Elliott back in the 2019 summer transfer window from Fulham’s U18 side for a fee of £1.53 million according to Transfermarkt.

Since arriving at Anfield, Elliott has gone on to make 13 appearances for their U23s, in which he has managed to score three goals and provide four assists. The winger has also made nine senior appearances for the club since his arrival.

Given how during his spell at Blackburn this season, the 18-year-old, who is currently valued at £13.5 million, managed to score seven goals and provide 11 assists in 41 Championship appearances, it’s understandable why Morgan thinks Elliott could be ready to become a regular player for Liverpool moving forward.

In our view, unless Liverpool sell some of their current attacking players such as Harry Wilson, Sheyi Ojo, Xherdan Shaqiri or Divock Origi, then perhaps letting Elliott go out on another loan deal – maybe to a Premier League club this time – would be more beneficial for the player if he would be getting regular playing time.

In other news: ‘People will raise their eyebrows’ – Rumoured Liverpool target tipped to ‘slot straight into’ XI