Former Liverpool Echo journalist Dan Kay has been sharing his thoughts on the impending departure of Georginio Wijnaldum from the club and the potential reasons behind it.

This comes after Kay made a guest appearance on a recent episode of the LFC Transfer Room Podcast, where he spoke about a range of topics concerning Jurgen Klopp’s side.

With Wijnaldum set to join Paris Saint-Germain once his contract expires at the end of the month, Kay had this to say on the situation.

He said: “He has kind of alluded to the fact as well that he might kind of give the full story. He’s kind of hinted at that a couple of times in an interview recently.

“I can’t imagine he’ll be the type to kind of really trash the club and I hope he doesn’t, but from the sounds of it, it sounds like contract length was the issue and obviously, Liverpool have got a lot of players going into their thirties so they obviously can’t afford to have too many big earners at that end of the deal, but it is a shame and he’ll be a big miss for the Reds for the next couple of seasons, I think, without a doubt.”

Wijnaldum joined Liverpool in the 2016 summer transfer window from fellow Premier League club Newcastle United in a deal worth a reported fee of £24.75 million.

Overall, the 30-year-old, who is currently valued at £27 million, made 237 appearances for Liverpool across all competitions in which he managed to score 22 goals and provide 16 assists in the process (per Transfermarkt).

Given how only Roberto Firmino and James Milner have made more appearances than Wijnaldum under Klopp, this shows just how important he was for the team since his arrival, backing up what Kay had to say about the Dutchman potentially being a big miss for them moving forward.

Will Wijnaldum be a big miss for Liverpool next season? 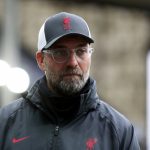 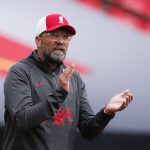 Wijnaldum also revealed in a recent interview with Voetbal International that he will explain the details behind his Liverpool exit after the Euros, so the fans will have to wait until then to get a clear picture of the situation that led to his Anfield departure.

In our view, given the love that he says he has for the Reds, it seems likely that he wouldn’t say anything bad about them and it may have just been a disagreement over a potential new contract that led to him leaving, such as the length like Kay suggested.