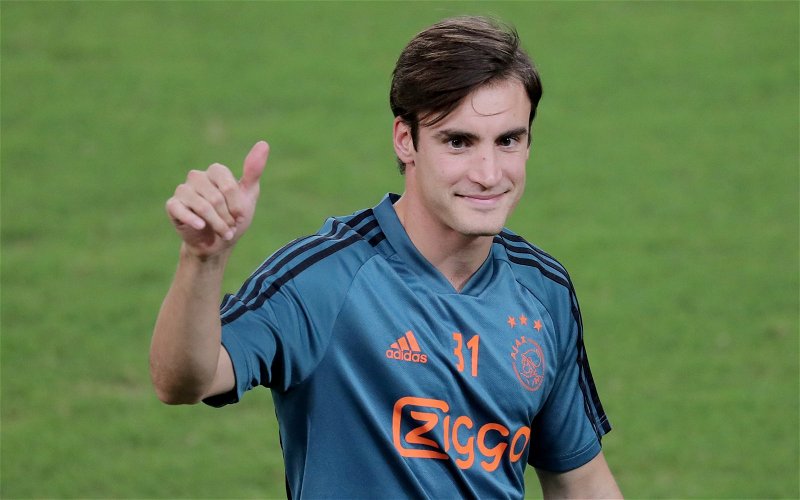 Graham Smyth has been speaking on the latest edition of the Yorkshire Evening Post’s Inside Elland Road podcast about potential transfers for Leeds United this summer.

One player who has been linked with a move to Elland Road is Nicolas Tagliafico from Ajax.

The Argentine is a left-back, and given that Leeds’ first-choice left-back from the 2020/21 campaign, Ezgjan Alioski, could be leaving Elland Road at the end of this month when his contract expires, that is a position the Whites probably need to strengthen.

However, while talking about rumoured deals that have no substance, Smyth mentioned Tagliafico and revealed that the club are not in talks with the 28-year-old.

He said: “A lot of players have been linked to Leeds very heavily, Nicolas Tagliafico is one of those, and a source close to him has told me this week that there have been no discussions with Leeds. So a lot of those stories that you’ve seen, ‘Leeds are in talks for, Leeds are on the verge of’ [are] not strictly accurate.”

Yes, it could happen

It is a shame that Leeds are not currently in talks for Tagliafico, given that he is deemed to be a good crosser and a strong passer of the ball, as per WhoScored – both good qualities that you would think could help the Whites.

However, even if Leeds don’t sign Tagliafico, it does look like they will be signing a left-back this summer, but it remains to be seen if he would have replaced Alioski or competed alongside him.

The Whites had a strong first season back in the Premier League and finished ninth, and ahead of the summer window, as it stands, it appears Tagliafico will not be one of those joining ahead of the next campaign.

In other news: ‘Going to be a crazy summer’, ‘You saved the day’ – Many Leeds fans react as update emerges