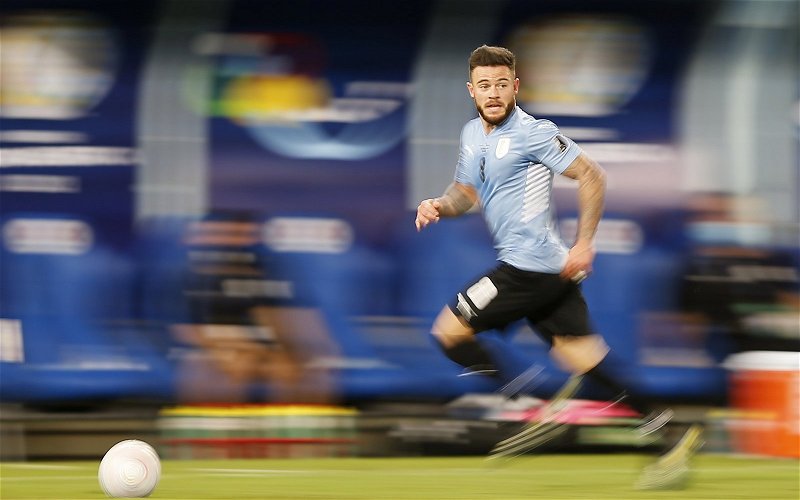 Leeds United fans on Twitter have been responding to the latest piece of transfer news to emerge concerning the Yorkshire club.

This comes after @leeds_utd_news shared a post on their page relaying news originally published in an article from La Nuova Sardegna.

The article claims that Leeds are ready to activate the €36 million (£30.8m) release clause for Cagliari midfielder Nahitan Nandez, potentially making him the club’s record signing.

This post then gathered a lot of replies from Whites supporters who were not shy in sharing their thoughts on this latest claim.

So, what did these Leeds fans have to say in response to this transfer claim about Nandez?

Some Leeds fans were rather pleased by this claim.

“Now you are talking”

“Great player but the word is he’s not keen.”

“He is a true Bielsa style player and he’d fit the system perfectly. And he’s young so he’s one for the future, he can run for hours on end. Just what we need in midfield”

Other Leeds fans were not too keen on the idea of their club splashing the cash on Nandez this summer.

“Basically a younger Stuart Dallas. Would be a pass for me personally, especially at that price.”

“Looking at his record it’s not exactly good”

Looking at the replies to this post, it seems that the majority of these Leeds fans would be happy to potentially see Nandez make the move to Elland Road this summer.

In our view, with Marcelo Bielsa’s side having said goodbye to Pablo Hernandez, perhaps Nandez could be a suitable replacement for the Spaniard in midfield.

However, if the club would have to break their transfer record to secure his signature this summer, then they would have to make sure he would be a good fit for them.

In other news: ‘From what I’ve been told’ – Journalist reveals Leeds set to wave goodbye to player