Leeds United fans have been reacting to comments made by Kalvin Phillips’ agent Kevin Sharp about the player’s future following his recent performances for England.

Phillips is very much on an upward curve in his career; having become a prominent figure under Marcelo Bielsa and an important part of his side, he now finds himself in the England team at a major tournament, putting in a man-of-the-match display during their first game against Croatia.

And with that increase in prominence will come more attention from bigger clubs who might want to tempt him with a move away. Clubs like Aston Villa have shown interest in him in the past, but speaking in an interview with The Sunday Mirror (20/6, print edition, page 76), Sharp said that even if there might be more clubs showing an interest, there is no desire from him or Phillips to try and force a move away from Elland Road:

These comments left plenty of Leeds United fans incredibly delighted when they were relayed to them by @LeedsReport_, with many of them hoping to see him in a Leeds shirt for many years to come:

“Should be building the team around him”

@bri0142
“We knew this”
@ConnorMOT92
“Thank goodness”
@sanataunton
“YES!! @Kalvinphillips Phillips the Yorkshire Pirlo and @LUFC dynamo!!!”
@xPinkyParkesx
“10-year deal now please.”
@Adventu02457903
“And that is all I need to hear !!!!”
@Russlufc
“Great to hear. Stick him in 80k a week for five years. Should keep everyone happy”
@kevingaff 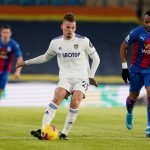 Given the connection that Phillips has with the supporters, you can understand their clear delight.

In other news: ‘This is brilliant’, ‘How good is this’ – Many Leeds fans delighted as ‘amazing’ footage emerges