Everton might be looking to add to their strike department this summer, but ex-Toffees striker Marcus Bent doesn’t believe that Chris Wood should be on their radar.

The New Zealand striker is on the back of another impressive campaign for Burnley in which he scored 12 Premier League goals, eight coming during an eight-game spell, to help Sean Dyche’s men retain their top-flight status once again. 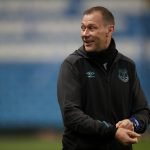 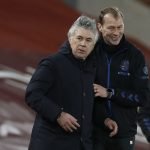 In fact, despite playing in a Burnley side that generally struggles for goals, Wood has now scored at least 10 times in each of his four seasons since signing from Leeds back in 2017, and Jamie Carragher raved over him last month, calling him “vital to the club”.

His 12 saw him outscore the likes of Pierre-Emerick Aubameyang, Raheem Sterling, Sadio Mane and Marcus Rashford.

Such was his form, several Premier League clubs, including Everton, are interested in signing Wood, who’s valued at just £7.2m on Transfermarkt.

But with Dominic Calvert-Lewin, who is like the Burnley man in many ways, already in their ranks, Bent doesn’t think his former side Everton need another player of that calibre.

“A big striker, you’ve got DCL, who can run in behind and hold it up. He’s a hold-up man, do we need that? It’s more so about pace, midfielders, and wingers.