Ball wants Duncan Ferguson to be at Everton’s manager - Exclusive

Everton are still on the hunt for Carlo Ancelotti’s replacement and despite Nuno Espirito Santo being the favourite to get the job, Duncan Ferguson should be handed the reins according to former Toffees defender Michael Ball.

Ferguson took over from Marco Silva in December 2019 and he oversaw four matches – winning one and drawing the other three – but having someone in the hot-seat who knows the club like the back of his hand could be helpful for Everton, who appear to be stuck in their old ways and have no obvious plan to improve.

Should Everton appoint Ferguson as manager? 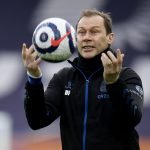 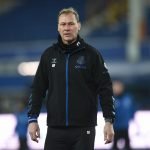 Ferguson was recently offered the chance to follow Ancelotti to Real Madrid, however he reportedly turned it down as he wants the chance to be the main man at Goodison Park.

With some players likely to look for an exit this summer after Ancelotti’s departure, someone like Ferguson could galvanise the squad and find out who really wants to play for the club, that’s according to Ball who spoke exclusively to This is Futbol:

“I’d just give it to the big man, give it to Duncan so he can get that passion back. We’ll never know what he’s like until he’s given that opportunity because experienced managers in the past have come to the club and failed, so why not give it to someone who cares.

“He’ll get the best out of the players because he’s been in and around the club for four or five years now, and if the players aren’t up for it then move on.”

Everton have hired some big-name managers and ones that have been popular amongst the media such as Silva, Ronald Koeman and Ancelotti, but none of them have been able to match the ambitions of the club and owners.

There is a good squad of players that can perform to a high standard as the Premier League witnessed between September and October when the Toffees were challenging at the top of the table before seeing their form fall off.