This comes after Judah co-hosted a recent episode of The Express & Star’s Wolves Podcast where he spoke about a range of topics concerning the club.

On the subject of Espirito Santo, who left Molineux at the end of the 2020/21 season, Judah had this to say about the possibility of him being the man to replace Ancelotti at Everton.

He said: “I mean, I don’t know, but you put two and two together, that’s a pretty strong combination, with a new stadium a couple of years away, with a traditional club like Everton.

“I’m sure Wolves probably don’t want to go against Nuno so quickly, but I can see that potentially happening.

“Depending on whether he wants to go straight into another job, I don’t know, but I think he definitely would be in the mix for certain.”

Everton hired Ancelotti back in December 2019 on a four-and-a-half-year deal. The Italian took charge of 67 games across all competitions in which they won 31, drew 14 and lost 22 (per Transfermarkt).

The 61-year-old then left the club for a return to his former side Real Madrid after Zinedine Zidane’s departure.

Given how Espirito Santo managed to deliver two consecutive 7th-place finishes at Wolves during their first two seasons back in the Premier League, this shows that he has what it takes to take a club in and around the European positions, which is where Everton were hoping to get to under Ancelotti.

Would you like to see Nuno Espirito Santo replace Ancelotti? 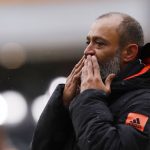 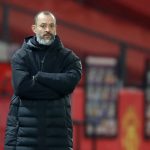 With Everton reportedly now set to open talks with Espirito Santo over potentially becoming their new manager, it seems that Judah’s prediction is a pretty accurate one so far.

In other news: Liverpool Echo man sheds light on whether Everton have buyback clause on star