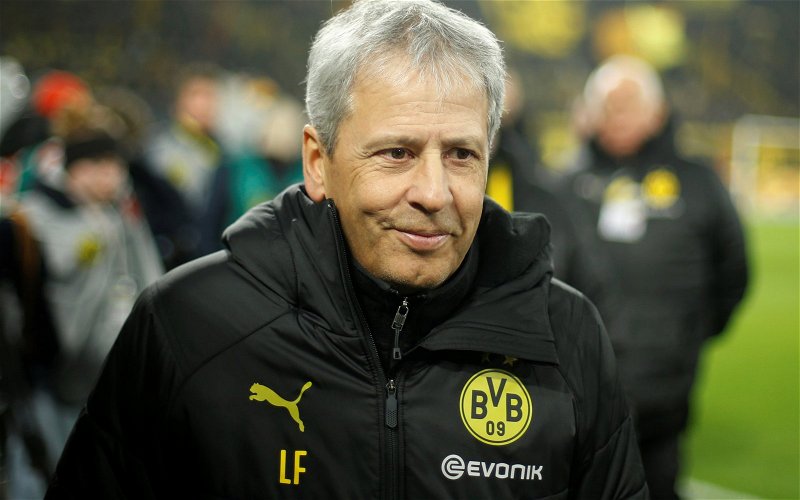 Crystal Palace podcaster Dan Cook has given his personal update on the Eagles’ hunt for Roy Hodgson’s successor as he’s stated he believes that talks with former Borussia Dortmund manager Lucien Favre are progressing “positively”.

Palace have been unable to appoint a new manager, as talks with former Wolves head coach Nuno Espirito Santo broke down earlier this month.

However, it is now being reported that the Swiss could be the man to lead Palace out next season.

Speaking on the HTLCO podcast, Cook stated that he believes talks are going well with both parties:

“I’m led to believe that talks are still progressing positively and there should be some sort of resolution before long. That said, people are desperate for news yesterday and that isn’t going to happen.

“Lucien Favre is clearly a manager that everyone would like to see at their football club – you only have to go on social media to see the number of Tottenham and Everton fans who are desperate for their clubs to try and hijack our particular discussions with Lucien Favre and try and make him their boss.

“That is, from a Palace point of view, extremely nice to see because it shows that it’s not just us that is sold on him. People look at his record, they look at what he’s done across numerous different leagues and countries and say that he’s a man that could do extremely good things for their football club as well.”

The appointment of Favre could help propel Crystal Palace to a new level as they will surely be looking to aim higher after they have now established themselves as a Premier League club since they were promoted in 2013.

Favre has a great managerial pedigree having managed the likes of Borussia Dortmund, Nice and Borussia Monchengladbach and was also responsible for the signing of a certain Erling Haaland during his time at the Signal Iduna Park.

So it is clear why there would be excitement over his potential arrival at Selhurst Park as the Eagles move out of the Hodgson era, especially if Favre’s ambitions and achievements as a coach on the continent were to remain the same in south London.