Why Erling Halaand Would be a Great Fit at Chelsea 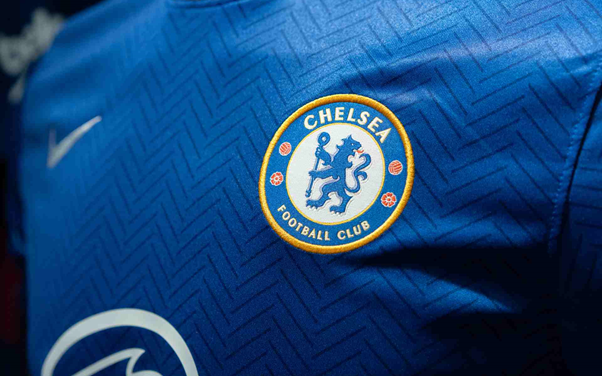 Erling Halaand is easily one of the most dominant and deadly strikers in the world of football right now. He seems to score goals with barely any effort, and they come to him as easily as breathing does.

Recently though, there have been rumblings and something for football fans to chew on, Chelsea wants Halaand. The big Norweigan is wanted in London, and here are 5 reasons why he could be a perfect fit for the team.

Obviously, the one thing you need out of a striker is that they score goals. While Chelsea have been able to score goals, their main goal scorers, the likes of Werner, Abraham etc have not fired this past season.

Halaand would bring that deadly touch to any team, and strangely enough, Chelsea do have a similar player already in the form of Olivier Giroud. The Frenchman is a goal scoring machine, but is most definitely getting to the point of being too old.

Halaand’s ability to find the back of the net from any position inside the box would obviously be a vital asset to Chelsea, who have developed into a team with an incredibly strong midfield, but now require a striker who will put the goals away.

Out and Out Striker

Having a player on the field who only has his eye on one thing, in this case scoring goals, is a must for any team. Halaand also has all the traits of a proper, classic striker. He is tall, strong, has great footwork, an eye for a run, and incredible finishing.

While this may just sound like something all strikers should do, it is more the fact that he is always looking for ways to score, which run does he need to make, when does he need to make it, where does he have to be to receive the pass that will let him shoot. It is that focus that makes him different to other players, because it isn’t the fact that he does it and they don’t, he just does it so much better.

He is also just a very gifted, natural talent. Just looking at his record in the past few years shows that. He has scored 37 goals for his country from the age of 15 up until now, and is already on 40 goals for Dortmund in just 43 appearances.

He has already broken numerous goal-scoring records and he is still only 20 years old. Everything from his positioning, runs, shooting technique, it is all almost flawless and things that in some way can’t be taught, only perfected.

While players like Timo Werner do have goal-scoring pedigree, Halaand doesn’t seem to feel the pressure they do, that might be due to the difference in leagues, with the Premier League just needing more out of a player, but he went to one of the biggest sides in Europe and didn’t stop scoring, why can’t he do the same at Chelsea?

Will Fit in With Midfield

Chelsea have developed a very strong midfield, the likes of Mason Mount, Christian  Pulisic, even Kai Havertz is finding his feet now, their defense is also strong, now they just need a head for this dragon.

That is where Halaand will shine, he can be the talisman up front that can receive the passes and crosses, make the runs for the midfielders to pass into, and be that final piece of the puzzle.

As mentioned already, Olivier Giroud doesn’t do much now at Chelsea besides score goals, and getting a player who can score more goals, is younger, stronger and fitter is an obvious choice for the Blues.

Talking about his age. It has to be the most appealing thing about Halaand right now. He is only 20 years old, and while other players are out on loans sharpening their skills or playing a few minutes in first team games at that age, Halaand is out here scoring goals every game and being regarded as one of the best strikers of the past decade.

The fact that he can only somehow get better than he already is at this age means that you potentially have one of the best players of his generation at the top of his game already, and he also doesn’t look like he will be falling for that perch, in fact, he will only get better if you upgrade the players and team around him.

Halaand will be a perfect fit for Chelsea almost entirely because of what he can do for them. While they can definitely provide the framework he needs to shine, the combination of the both could end up being a match made in heaven, and strike serious fear into any opponent.