Football journalist David Ornstein has been sharing some details on Brighton & Hove Albion defender Ben White and his current situation as a part of England’s squad for the European Championships.

This comes after Ornstein made an appearance on a recent episode of The England Show from The Athletic, where he spoke about a range of topics concerning the national team and the Euros.

On the subject of White, who was recently added to the England squad to replace the injured Trent Alexander-Arnold, Ornstein had this to say about the player.

He said: “We’ve got a big piece coming together on The Athletic about Ben White and people we’ve spoken to around the camp say that they’ve been pleasantly surprised by the quality, the maturity of Ben White, how well he’s slotted into this stage in training, in the two friendlies. Very quiet boy, but I think he’s taken them aback.

“Now, let’s not get carried away, he’s not one of the world’s elite centre-halves, but when you look at the options, and what we saw, the evidence in those friendlies, which is a rarefied environment, it might be a different formation for a start, but Ben White has been one of the most impressive performers and consistent and fit – and there aren’t English centre-halves that have done much better than him this season.

“And if we’re talking about merit, and his composure as well, from what we’ve seen so far, of course, that can all change, and God forbid he plays and there’s a mistake, but I would be completely comfortable, at this moment in time, starting Ben White in England’s first game.

“And that sounds quite surprising to say, but I don’t think much of the nation would disagree with that right now.

“I think he would be a dependable choice alongside [John] Stones.”

White, who joined Brighton’s U18 side back in 2014 from Southampton’s youth academy, made his senior debut for the Seagulls in 2016 under former Brighton manager Chris Hughton.

Overall, the 23-year-old, who is currently valued at £25.2 million, has made 41 appearances for Graham Potter’s side (per Transfermarkt).

For England, White made his debut in their recent 1-0 friendly win over Austria where he came on as a substitute followed by then playing the full 90 minutes in their 1-0 win over Romania.

With Sky Sports giving White an overall match rating of 7/10 for his “composed” performance against Romania saying that he “stepped out and looked to support attacking play where he could, while solid where it mattered,” while pointing out that he won more tackles or interceptions than any other England player on the day, it’s easy to see why Ornstein would be happy to see him start against Croatia at the weekend.

Do you think Ben White should start against Croatia? 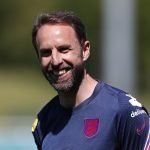 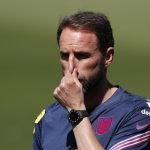 In our view, with White managing to impress against Romania, he has now shown that he has the composure to be able to play for England at a senior level, however, his lack of experience of playing at a national senior tournament could put him at a disadvantage when it comes to Gareth Southgate deciding who should start against Croatia.

In other news: ‘I know for a fact’ – Brighton urged to re-ignite interest in ‘sensational’ star