Exclusive: Pundit claims Dean Smith must see something in Will Hughes

Aston Villa appeared to be set for a European challenge last season before an injury to captain Jack Grealish derailed their campaign, so having a capable back-up able to play in several positions would be beneficial. Watford’s Will Hughes could certainly be that player, according to Steve Howey.

Hughes has three seasons of Premier League experience under his belt and with just one year left on his contract, Watford may feel this is the best time for the two of them to part ways and Villa have been credited with an interest.

Would Hughes be a good signing for Villa? 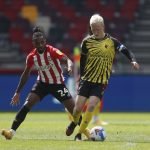 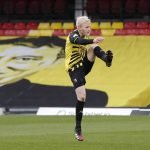 This could come as an underwhelming signing if Villa fans believe he would be Grealish’s replacement if their club was to accept Manchester City’s £100 million bid for their star man, but with the likes of Emiliano Buendia, John McGinn and Bertrand Traore still at the club, Hughes would not be seen as a straight replacement.

The Watford midfielder has never set the Premier League alight with his highest WhoScored rating being 6.74 but would potentially be a good squad player if he was happy to accept that role as Dean Smith has clearly seen something that he likes in the 26-year-old. That’s according to Howey, who spoke exclusively to This is Futbol:

“Dean Smith has seen something in him and he’s been in the Premier League before so he knows what it’s all about. I can’t imagine it costing massive money to sign somebody like him so he could be a great player to have in the squad.”

After a largely promising campaign last time out, it would be acceptable to think Villa will want to see if they can push for European football at the top of an ever congested Premier League table.

It can be done though and Villa will take heart from the fact that West Ham managed to qualify for the Europa League despite spending very little money, and signing players that improve an obvious area of weakness.