This comes after Leach made an appearance on a recent episode of the Birmingham Mail’s Claret & Blue Podcast where he spoke about Ward-Prowse and Villa’s reported interest in signing him.

On the matter, the Southampton-based journalist had this to say about Ward-Prowse and the possibility of Villa making a move to sign him this summer, amid reports linking the Villans with a switch for the Saints star.

He said: “The problem that I think will face Villa this summer is that James Ward-Prowse is Southampton’s most important player.

“He’s on a long-term deal until 2025, he’s just signed that deal less than 12 months ago. [Ralph] Hasenhuttl loves him, the fans love him, the owners love him.

“He is central to everything Southampton do, he is their most important player even though he’s only 26 years old, so the problem for Villa there is how much Southampton value Ward-Prowse is already well into the tens and tens of millions, so if Villa are going to get him from Southampton, they need to offer a silly amount of money and it’s probably money that they’ve not got.”

Ward-Prowse, who is a product of Southampton’s youth academy, made his senior debut for the club back in 2011. Since then, the 26-year-old, who is currently valued at £27 million, has made 322 appearances for the Saints across all competitions in which he has managed to score 33 goals and provide 40 assists along the way (per Transfermarkt).

Given how Ward-Prowse ended the 2020/21 Premier League season with more assists (7) in the Premier League than any other Saints player and as their highest-rated player with an overall rating of 7.07/10 according to WhoScored, it’d be safe to assume Southampton would be reluctant to sell the midfielder this summer.

Taking all of the factors that Leach spoke about into account, it does suggest that a potential transfer for Ward-Prowse to Villa Park could prove to be difficult to make happen this summer.

Do you think Villa should try and sign Ward-Prowse this summer? 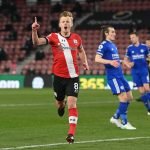 Also, with Villa recently breaking their transfer fee record with the signing of Emiliano Buendia from Norwich City, it does seem unlikely, in our view, that the Midlands club would be willing to break that record once again this summer, which they may have to do in order to secure Ward-Prowse.

In other news: ‘It’s out of this world’ – Andy Bates ‘delighted’ after Aston Villa transfer news emerged